NOFO is a membership organization for operating companies on the Norwegian continental shelf. 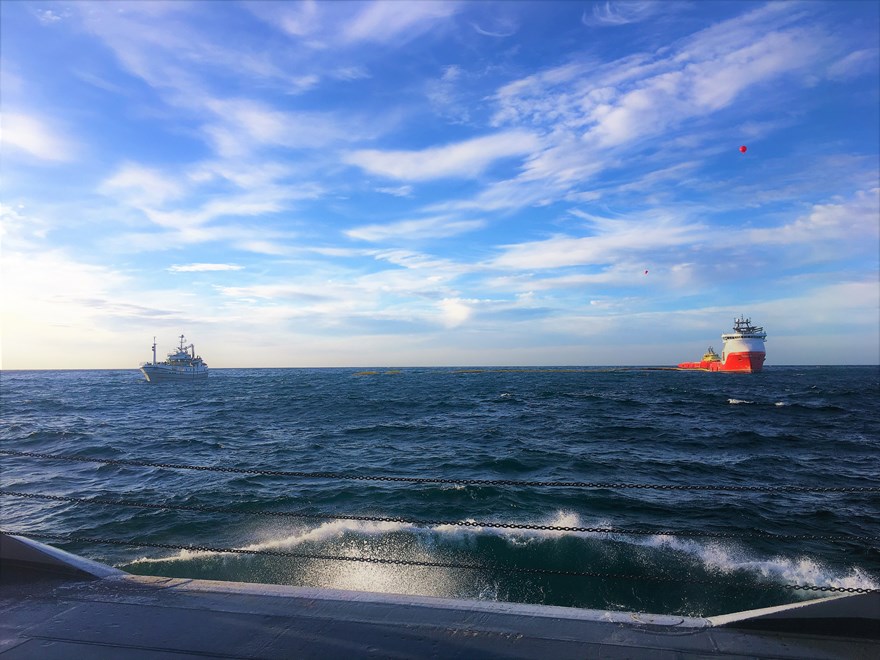 The sea is one of our most important resources and our main goal at NOFO is to keep the sea as clean as possible. All the effort we put into making our oil spill preparedness methods as efficient and thorough as possible is “for the sake of the sea”.

In the event of an oil spill, our task is to limit the extent of the damage as much as possible. We are a preparedness organization that aims to meet our members’ needs for effective and robust oil spill preparedness.

We take pride in the fact that no oil from Norwegian oil activities has ever reached the shoreline. Nevertheless, NOFO has become a model for other countries’ oil spill preparedness.

Responsibility in the event of spills

The operating companies are responsible for what happens on board the platform and in the well. NOFO is responsible if oil spills from offshore installations reach the surface of the sea.

Ship-related incidents come under the responsibility of the Norwegian Coastal Administration (NCA), although NOFO often provides assistance in such cases, working closely and effectively with the NCA and other parties involved in municipal and private-sector oil spill response.

Our members are the operating companies

More than 100 drills for equipment and staff every year

NOFO organizes around 60 courses a year for those who will be operating the equipment. There are more than 1000 participants annually, covering all aspects of oil spill preparedness. This enables NOFO to ensure the required competence is in place throughout the organization.

Norway is one of a small number of countries that allows oil to be released into the sea in order to test equipment and procedures. This is essential to further develop NOFO’s oil spill response equipment. These drills have attracted enormous interest and have contributed to countries such as the USA, Canada, Japan, Brazil, and Russia acquiring equivalent equipment to NOFO’s.

Founding of NOFO after the Bravo accident in 1978

The creation of NOFO in 1978 was the direct result of the Bravo blowout on the Ekofisk field in the North Sea in 1977. The accident brought in its wake a major commitment to developing Norway’s oil spill response technology, including the first skimmer and a new type of oil boom.

New generations of sea-going oil spill response equipment were subsequently developed and delivered in the 1980s and 90s.

Much has happened since then, and NOFO is now at the forefront of preparedness, training, and technological developments in oil spill preparedness work.