The Norwegian oil industry puts a lot of resources and efforts into preventing oil spills. 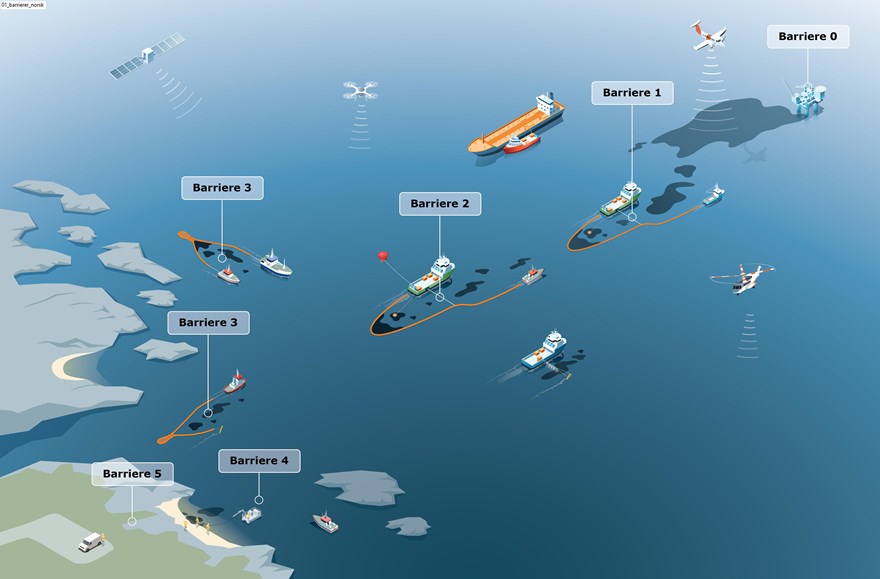 Oil spills are not to reach the shoreline

The concept of barriers is used to determine the required response in a way that best describes the operational conditions. The barrier concept corresponds to the various zones in which the oil must be tackled and is
in accordance with international standards, for example IPIECA.

Although no measure is 100% effective on its own, combining them can achieve a high level of performance in optimal conditions. Determining the required response considers the performance of the systems thus also the barriers. In each barrier (except the first), the effectiveness of the preventative measures in the previous barrier are considered.